Concentration of vegetation water from olive oil production Research carried out in Italy over the past 25 years on the vegetation water produced during the olive oil production process, has confirmed the possibility of applying vacuum evaporation in this field. The problem of the COD in the final distillate remains however. Parameters laid down by regulations in Italy mean that it is not possible to discharge the final condensate to the sewer, as the COD limit here is set at 500 mg/lO2. After treatment in a vacuum evaporator, the COD is reduced from an initial 40,000 - 100,000 mg/lO2 to a value that varies from 2,000 - 5,000 mg/lO2, depending on the time that passes before the water is treated, and on how much fermentation has already taken place. The energy harnessed and used by the evaporator can be electric or from an alternative source. Electric energy means the use of the heat pump technology, a compressor and refrigeration circuit; while an alternative energy source such as methane, GPL, or the burning of agricultural byproducts, would be used to feed a boiler, and the final distillate would be obtained through the use of a cooling tower. The critical question remains the scope of the final treatment: discharge into the environment, and therefore the need to respect the local value of the COD discharge limits; or recycling and re-use of the distillate produced for washing purposes inside the olive mill itself. 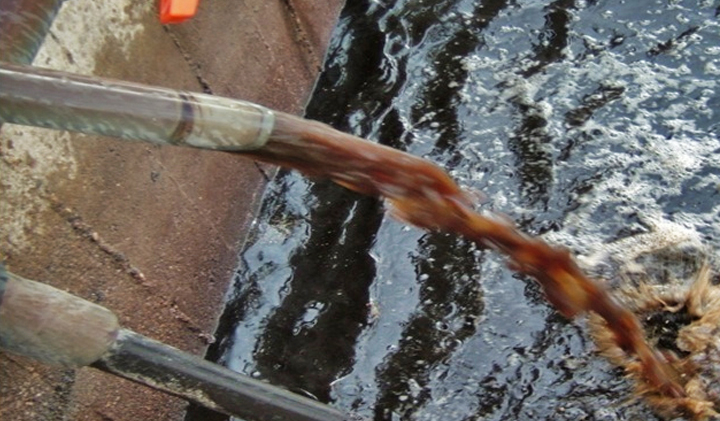